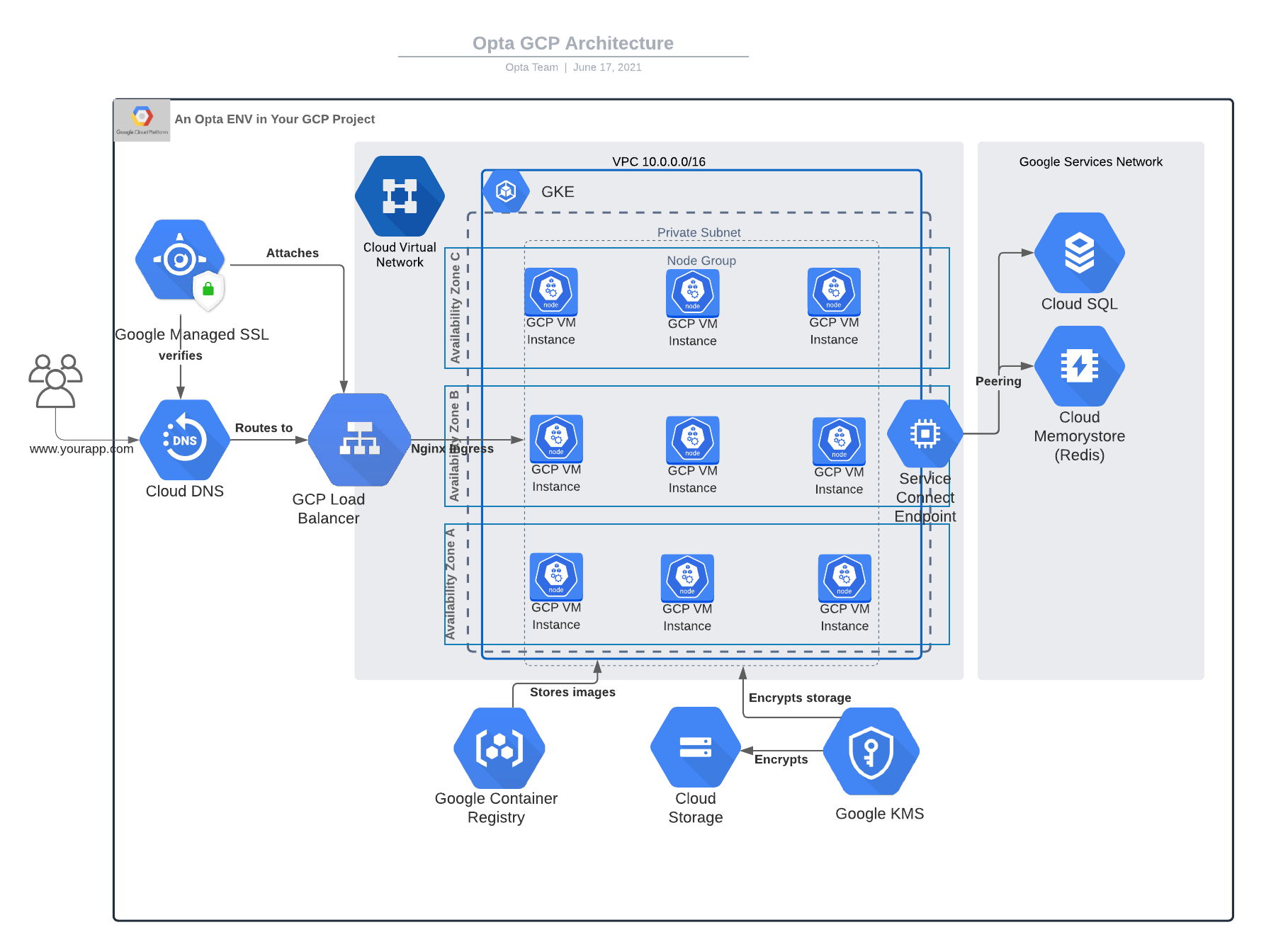 For GCP our environments are currently setup within a single region/subnet which google can automatically distribute between all the region’s availability zones. The subnet is a private one and only the load balancer and GCS buckets are allowed to be reachable from the public internet (although the GCS buckets would typically require credentials). In order to keep networking as private as possible, we setup a service networking peering so that the databases and caches can be accessed via private connection and so have no public endpoints.

We deploy the GKE cluster with one nodegroup spanning all the azs in the region/subnet. By default, it is subrscribed to the “REGULAR” channel, but that can be manually overridden if needed. Currently, there is a public cluster endpoint, but this may be revisited once a story for VPN support is planned out. Encryption for the secrets is also provided via KMS.

For databases, we currently have modules for postgres, mysql, and redis. We only offer 1 instance per db (no read or write replicas), but we hope to add this feature as customers demand. The postgres and mysql databases are built with 7 day retention of backups in case of emergency. The username and passwords are created with the database and are passed securely to the K8s services as secrets (pls see K8s section for security around secrets).

There is a module for GCS storage, which creates a private bucket by default (but can be set to public via fields) and all the buckets are encrypted at rest with the environment’s base kms key.

Lastly, DNS and SSL are currently handled via one Cloud DNS hosted zone and one Google-managed ssl certificate respectively. SSL cert verification is done automatically by GCP by manipulating existing resources. Records will be added to the hosted zone directing to the load balancer via an open source integration (see K8s section).