Guide on how to authorize image pulling from ECR

Like an S3 bucket, the governing principal for ECR access is mutual authorization: both the AWS IAM role (this guide is identical for IAM users) and the ECR policy need to allow the action from the role to the ECR resource in order for it to succeed. This redundancy is quite useful as:

From the IAM Role side, the permissioning is standard, like with most AWS service. Within an IAM policy, one needs to specify a statement containing ecr:XXX actions and a resource, being the arn of an ECR repository, or a wildcard or similar construct. Once the policy is attached to an IAM role, the role will have the permissions.

AWS comes with a series of pre-defined policies such as AmazonEC2ContainerRegistryReadOnly which makes this quite straightforward in most cases. 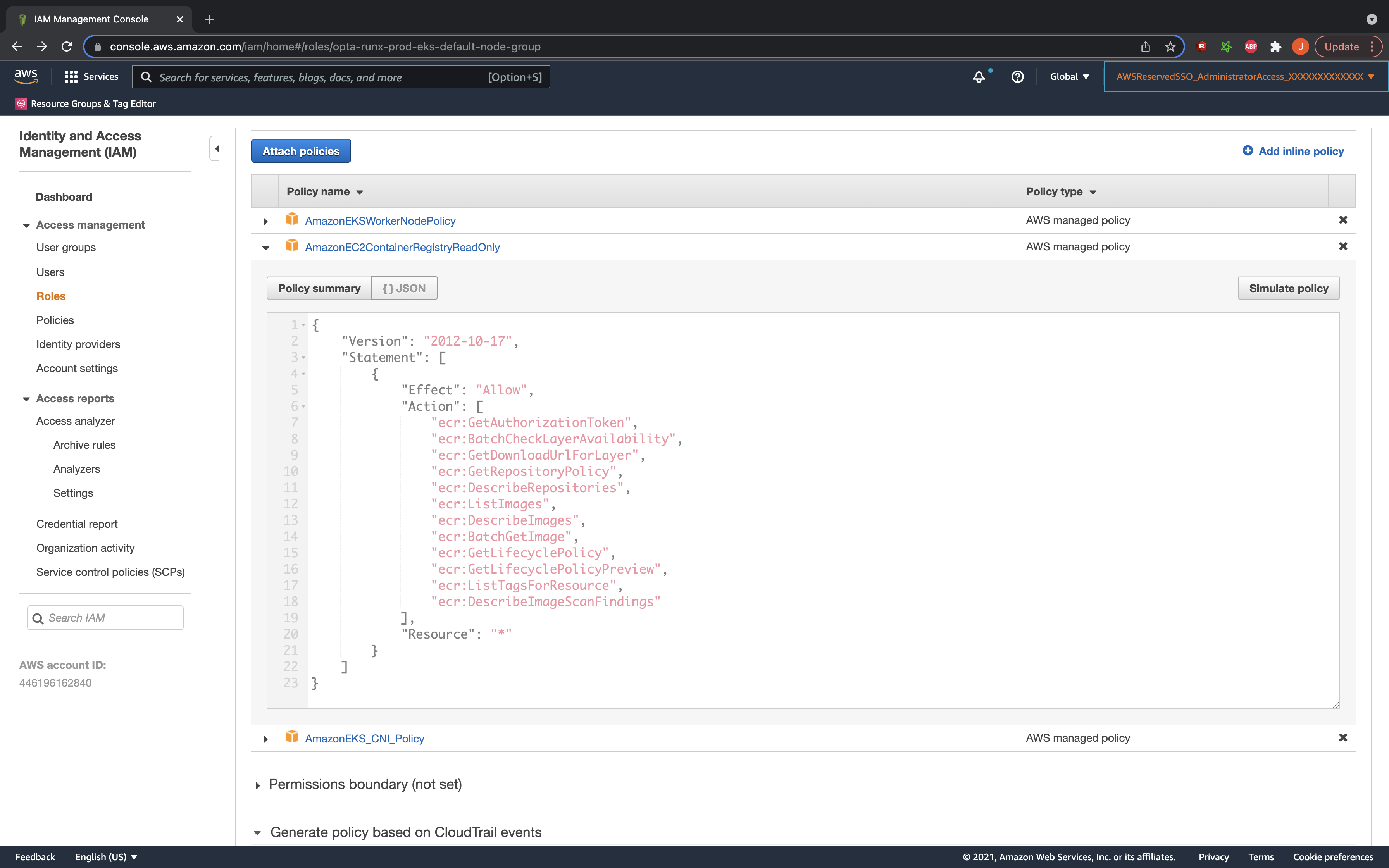 IMPORTANT NOTE: A common pitfall for users is identifying WHO needs the IAM permission. For any system built on top of EC2 (e.g. EKS, ECS, bare EC2), you need to give the permission to the IAM role of the machine, as it is the machine which is pulling the images. For Opta + EKS, that means giving it to the IAM roles created for the nodegroups, as those are the roles inherited by the machines. They should be pretty easy to identify in the AWS console, and Opta allows adding extra policies to its managed IAM roles. Having said that, these node groups come with the AmazonEC2ContainerRegistryReadOnly policy by default and so can pull any ECR image assuming that the repository’s policy allows it. 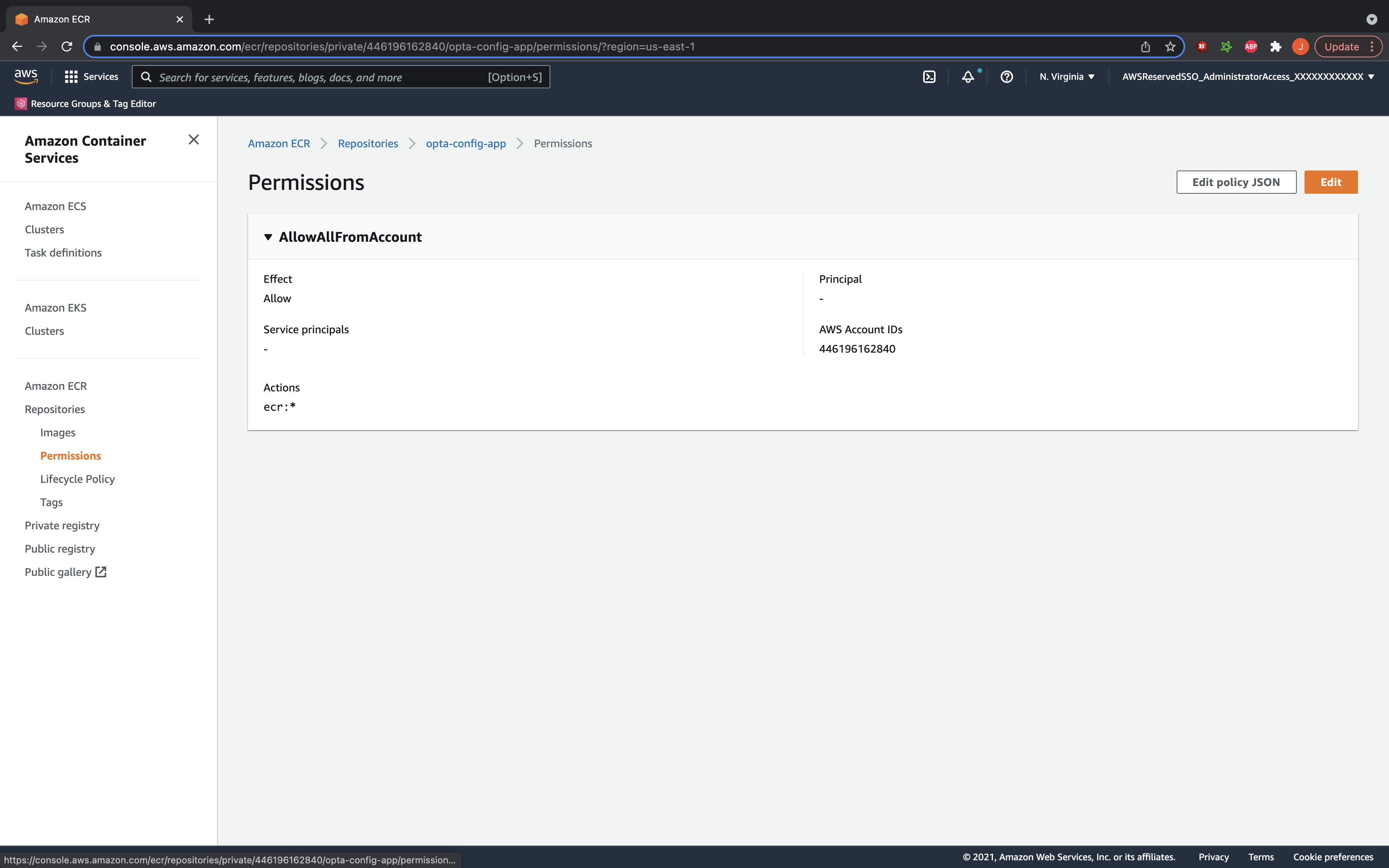 To complete the guide, let’s go through an example. Suppose you have an ECR repository sample-repository in account XXXXXXXXXXXX and you wish to access it from IAM role sample-role in account YYYYYYYYYYYY. All you need to do is

And bear in mind that IAM policies are additive, so if there are pre-existing policies, simply insert the lone Statement entries in the example above to achieve the desired effect and not change existing behavior.

Was this page helpful?

Glad to hear it! Please tell us how we can improve.

Sorry to hear that. Please tell us how we can improve.